‘Hidden’ housing crisis is the tip of the domestic abuse iceberg

A couple of weeks ago I attended the highly thought-provoking Women’s Aid conference on the theme of ‘Domestic Abuse: the hidden housing crisis?’.  Having worked both with social housing providers and with charities supporting domestic abuse survivors, I was prepared for the conference to be both challenging and informative.  I wasn’t prepared for the shocks that the day had in store for me.

When I first started working with domestic abuse charities, we were told that an average stay in a refuge for a woman fleeing abuse was around 6 months.  That was four years ago.  At the conference speakers and delegates routinely mentioned average stays of 2 to 3 years and for many of those women it has taken months to secure a place of safety at all.  One speaker talked of women who spent nights riding buses or sitting in cafes with their children because they simply had no safe place to go. A major contributory factor to the problem is the ‘silted up’ housing system. Not only is the shortage of suitable ‘move on’ accommodation stopping women from leaving their refuge places (and thereby remaining in places that others urgently need), but the lack of more permanent safe and settled accommodation is preventing those in the ‘move on’ housing from…well…moving on again.  The Domestic Abuse Bill working its way through Parliament includes a statutory duty on local authorities to provide suitable accommodation – but it’s hard to see where that accommodation will come from.

Halfway through the conference I became uncomfortably aware that the community with which I was spending the day was using shorthand or jargon terms that had clearly become second nature to them.  Terms such as ‘NRPF’ or ‘no recourse’ to refer to those women who have migrated to the UK on a spousal visa, and simply have no rights to publicly funded support once they flee domestic abuse…or ‘intersectionality’ to refer to the challenges of increasing numbers of women whose needs have to be understood across multiple variables if they are to avoid unintentional discrimination.  Then there was the realisation that, when speakers referred to the local ‘Housing Options’ team, they meant the local authority statutory homelessness unit.  Yes, I can see that ‘housing options’ is a far more positive turn of phrase than ‘homelessness’ but it also serves to mask the problem.  How often – I wondered – do these women really have options?

Of course I wasn’t surprised at the existence of jargon – every community or sector has its own terms.  I was shocked , however, that the circumstances of these groups of women had become so widespread and normalised that terms describing them were being used routinely without the need for explanation.  At what point do exceptions to the norm start to become mainstream cases?  If these cases are now gaining in prevalence, what chance does the support system have of remaining fit for purpose to any but a small proportion of simple cases? And how overtly has this shift in the type of support needed been recognised at policy and governmental levels?

So yes, those two things shocked me – but one other thing made a deep and lasting impression.  A speaker invited us to close our eyes and walk with her through the journey of a typical woman seeking safety in her refuge.  The story took us vividly through multiple bewildering and frightening events where the desperate woman simply didn’t meet the criteria for help set by various agencies and public bodies.  Her concluding comment: ‘You have just slipped through the net that was designed to support you.’

The event has opened my eyes to many truths.  Whilst there remains a massive dearth in supply of appropriate safe and affordable housing for domestic abuse survivors, there is also a huge amount of creativity in both the social housing sector and the domestic abuse sector where people are working together to improve outcomes and opportunities.  Housing associations in London, for example, are signing reciprocal agreements allowing transfers of tenancy between them, so women can retain security of tenure even if they have to flee their home; the introduction in some places of flexible funding and ‘permeable’ pathways means women can get practical support that will make a real difference to their situation (often at surprisingly low cost) regardless of their home ownership or tenancy status; increased use of Experts by Experience brings the understanding, empathy and pragmatic assistance that women fleeing abuse need in order to navigate complex and fragmented support systems.  All of these innovations will help to address the inadequacies of the system, but they collectively add more evidence to the fact that the system itself is failing.

Surely we need to break free of our tightly controlled, rules-driven system of supporting women and their children?  Packages of support, pathways and thresholds all help to prioritise ever-dwindling budgets, but they also serve to anonymise the reality of the stories these women have to tell.  When you hear those stories first hand it’s blindingly obvious that the system’s not working for many who need it.  The stark reality is that those stories are not the exceptions.

The safety net has been patched until there’s frighteningly little fabric left – it’s not surprising that women are slipping through.  We need a system that is designed to cope with the realities of life in today’s society for today’s survivors of domestic abuse and their children.  Funding and policy models need to be flexible enough to solve problems and create opportunities – not simply to pay for accommodation or other commoditised services which are designed in the image of local authority budget structures.  Women surviving domestic abuse are people who have human needs and aspirations – the ‘system’ needs to respond to that and be less geared around understanding which labels to apply and which boxes to tick. 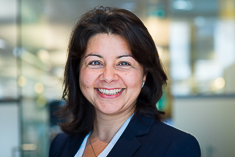 About the Author: Administrator

Any cookies that may not be particularly necessary for the website to function and is used specifically to collect user personal data via analytics, ads, other embedded contents are termed as non-necessary cookies. It is mandatory to procure user consent prior to running these cookies on your website.

The cookies are use to calculate visitor, session, campaign data and keep track of site usage for the site’s analytics report and stores information of how visitors use a website and helps.